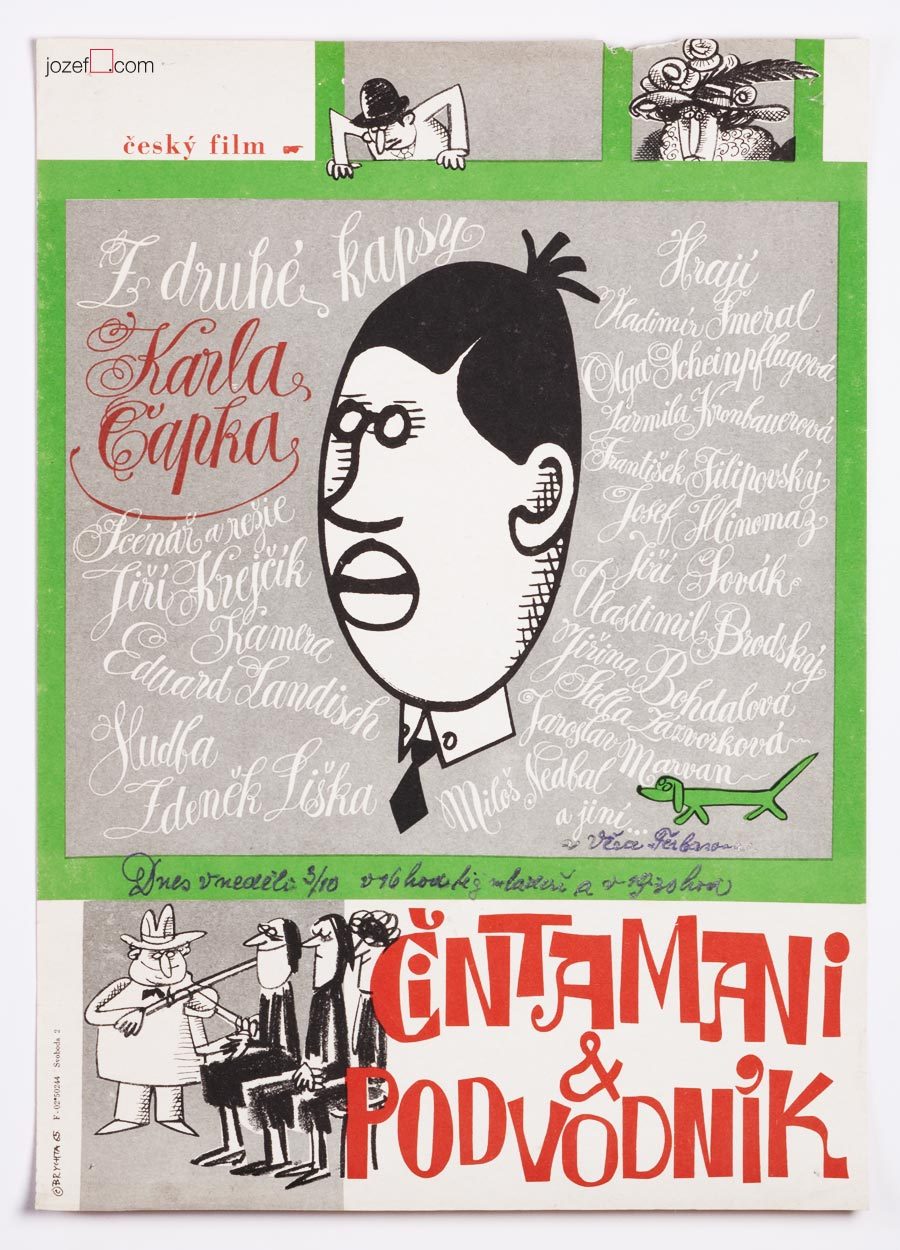 In 1968 Jan Brychta vanished off the face of the earth and that is the fact. Russian occupation of Czechoslovakia in 1968 brought in many immediate changes within the state. Political trials were about to return back to fashion and not everyone was waiting for the resume. Or at least Jan Brychta did not.

It would be hard to say what made such a successful artist leave his homeland, as Jan Brychta’s art was everywhere and available to everyone in all possible forms. From beautifully illustrated books, film animations to caricatures in daily newspaper and television graphics / adverts. Simply put 1960s daily life was somehow incomplete without Jan Brychta. 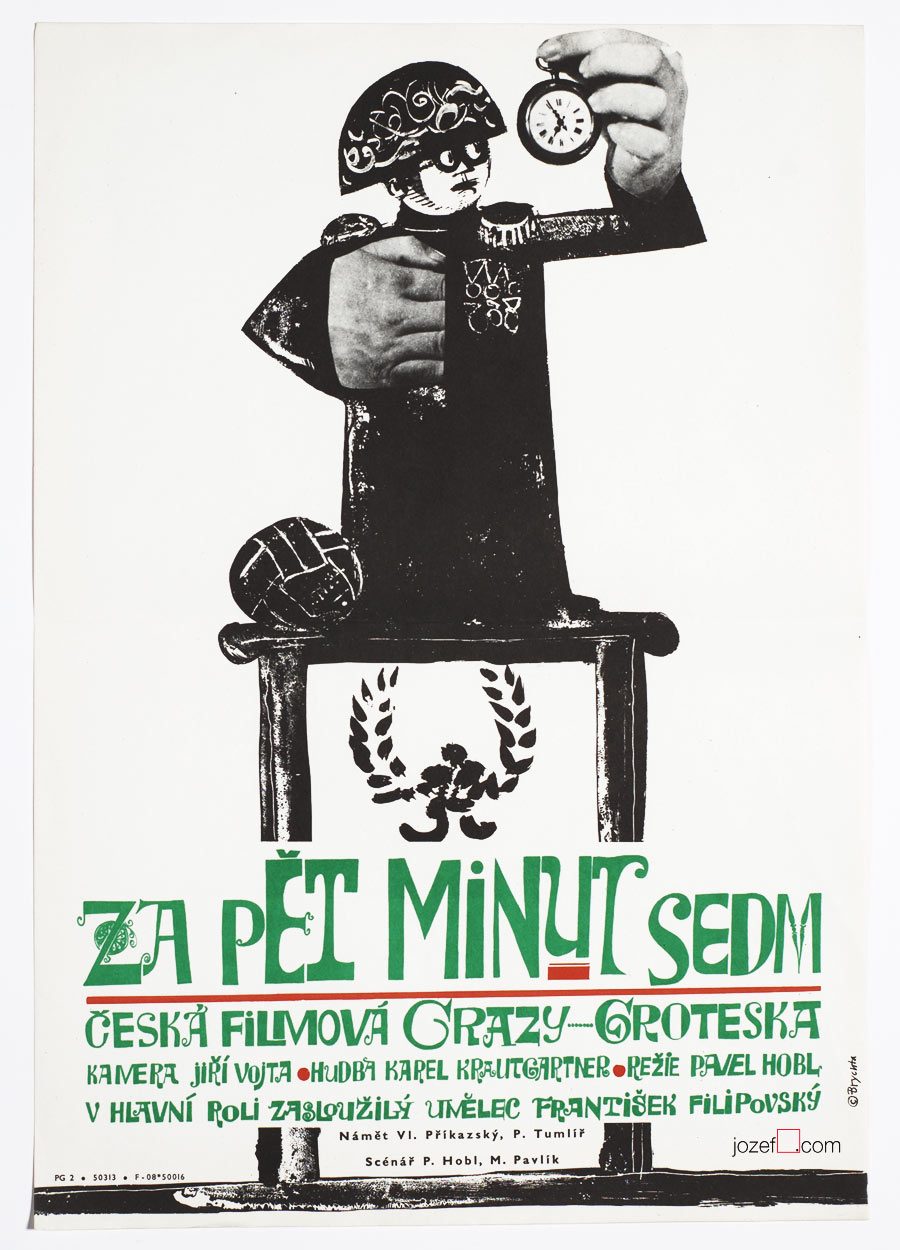 It is fascinating to watch how with short step in time and history someone so publicly pleasing can become persona non grata. Researching many years later it really looks that party members did a great job. There was no Jan Brychta after 1968 in Czechoslovakia and same for his wife Lída Brychtová (artist and book illustrator) as they managed to escape the country together with their children Edita and Aleš.

Through out his Czechoslovak career as a daily caricaturist, film animator and pioneer of television graphics Jan Brychta was never far away from the movie poster. His rapid illustration and excellent story telling could be easily applied to the discipline. As a surreal artist and two dimensional painter use of a collage and illustration was a natural choice. His portfolio ends with his disappearance in late 1960s. Jan Brychta’s posters are absolute pleasure to look at and it is real pity it does not contain more than ten movie posters. The master of many techniques with only one common goal which was to keep everyone amused. 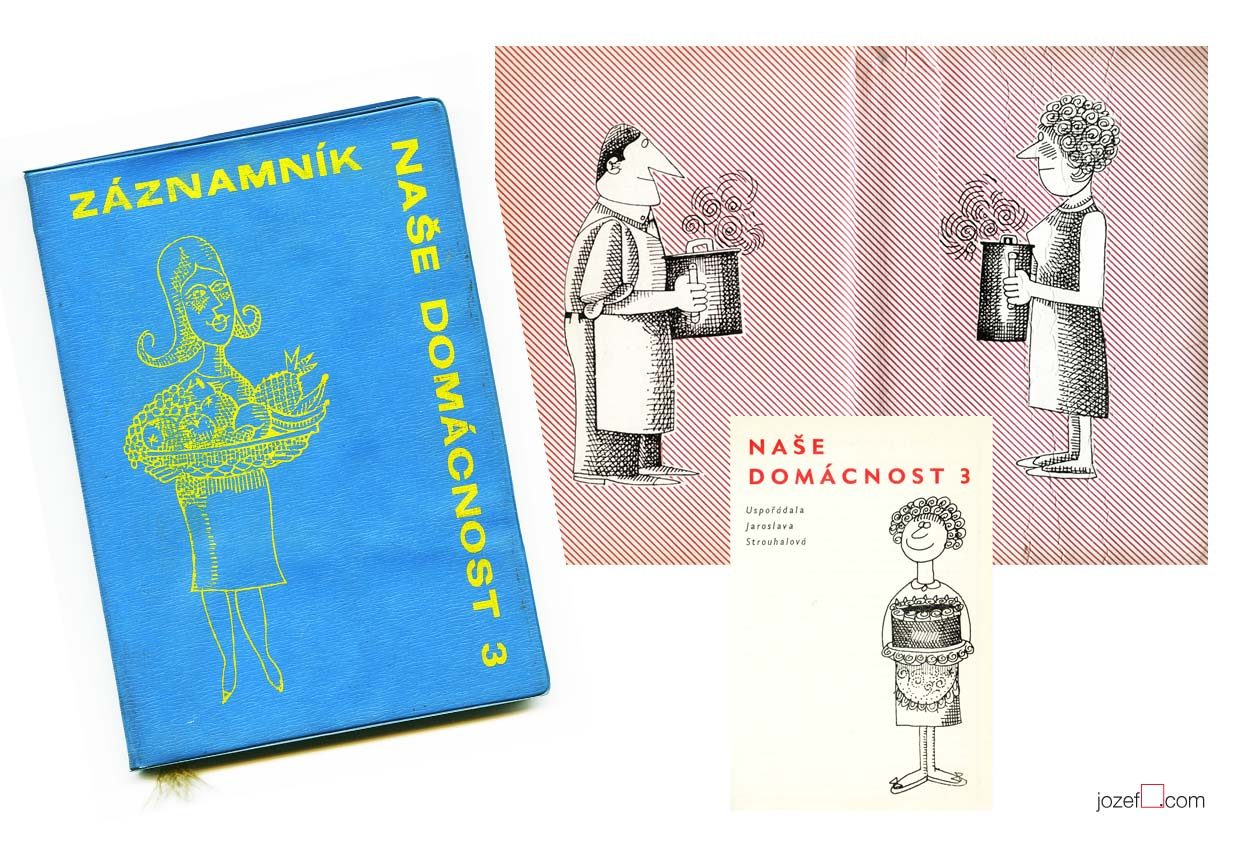 Our Household, third volume of the annual guide for modern family illustrated by Jan Brychta, 1963. 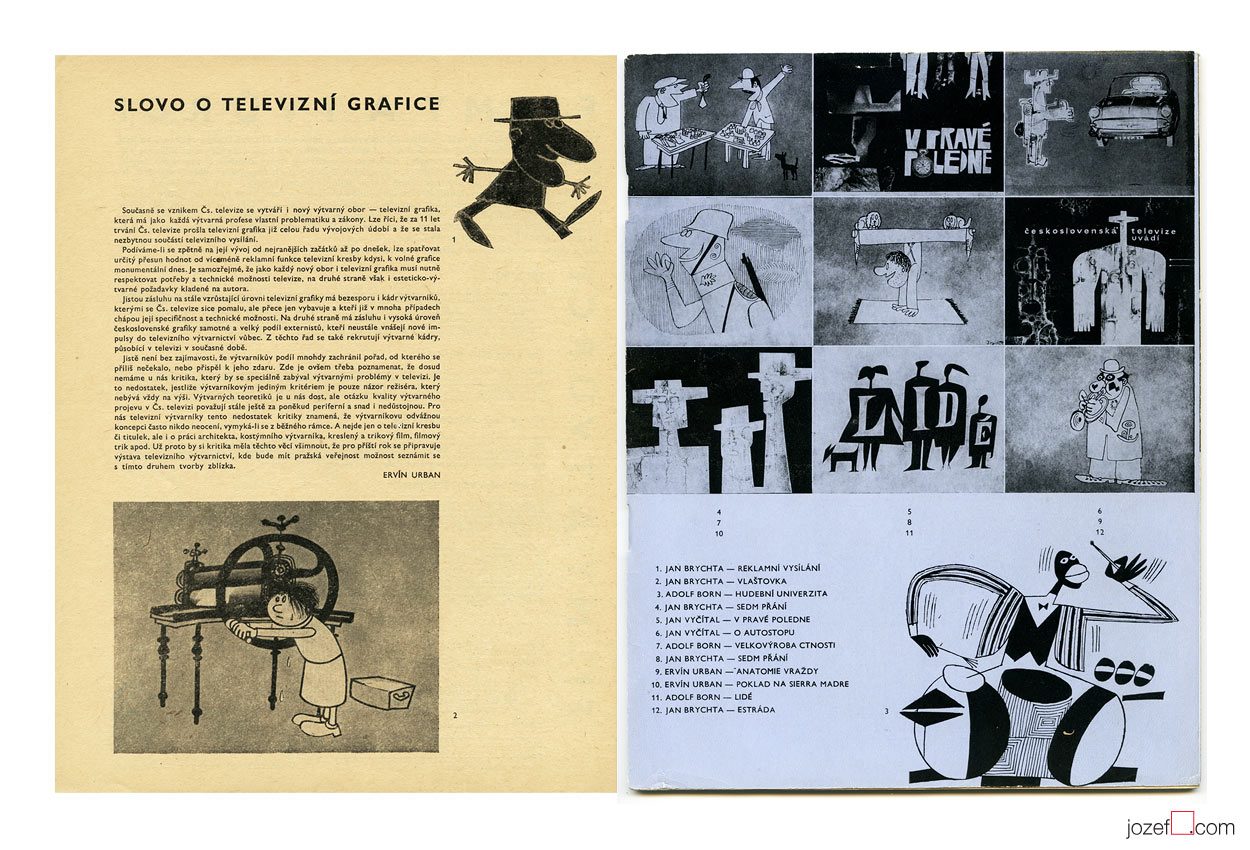