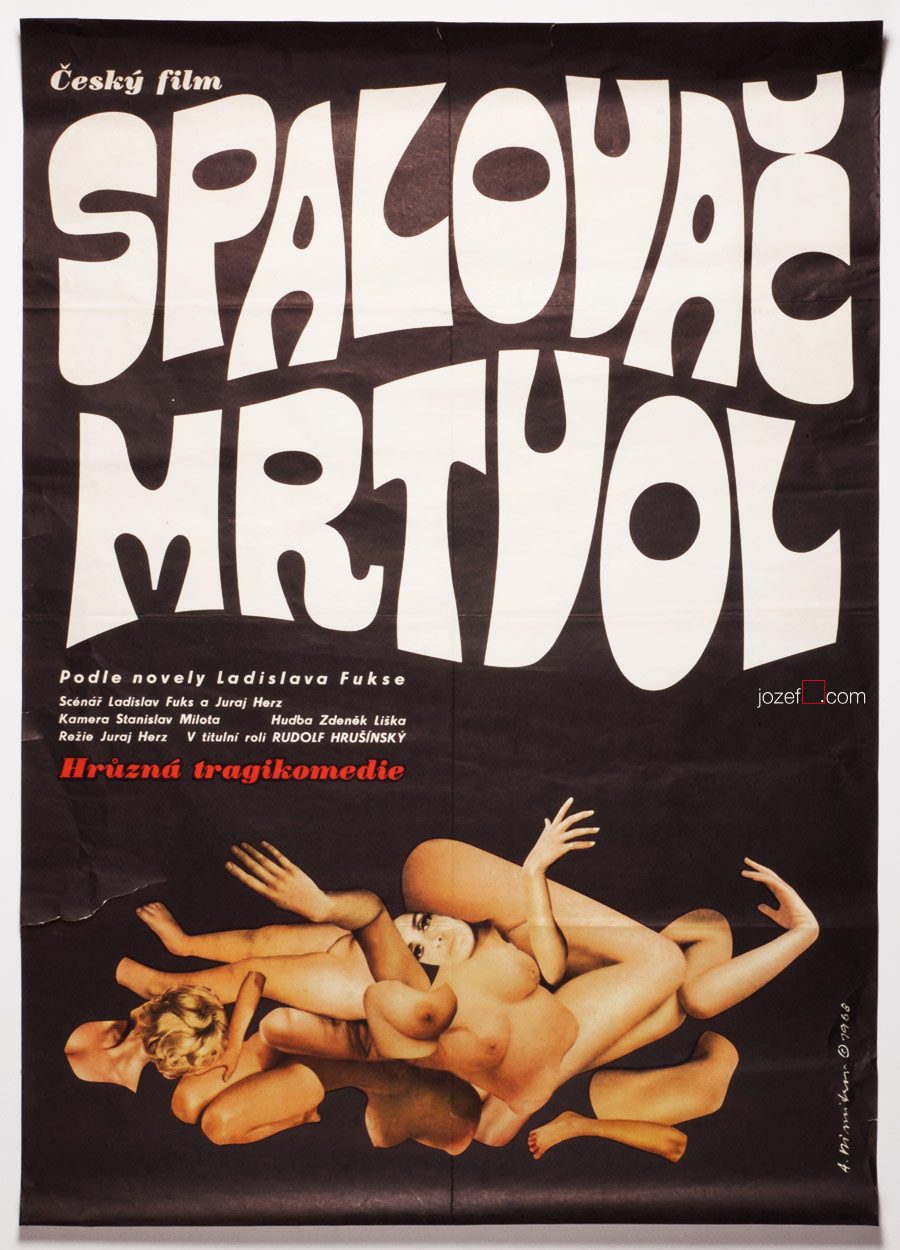 In few of our recent articles we have discussed absurdity and inappropriate behaviour of Communist leaders. Terrifying act of those in power and their constant fight towards fictional enemy was very systematical. In country as small as Czechoslovakia it was not impossible to succeed. 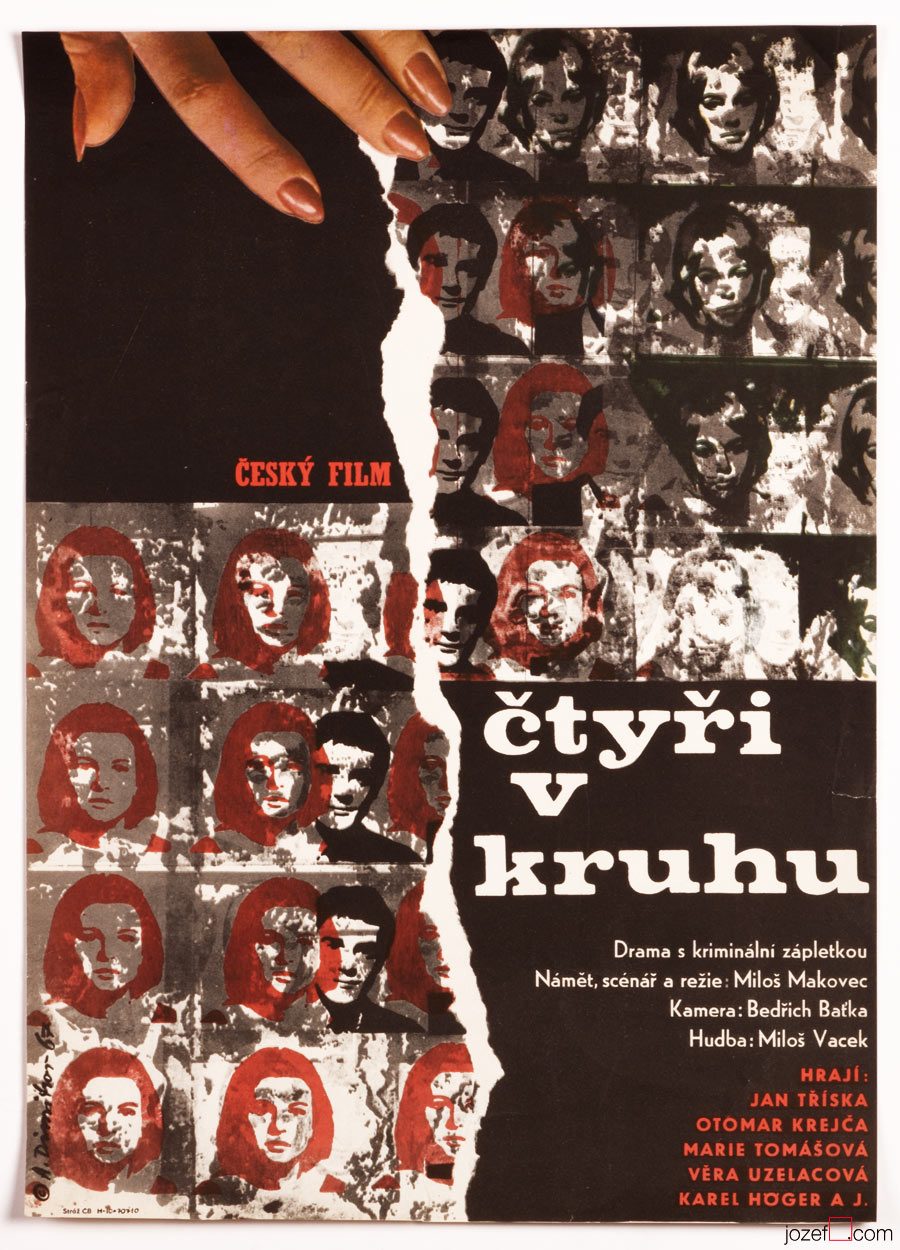 Four in a Circle movie poster by Antonín Dimitrov, 1967.

Similarly to Jan Brychta, Antonín Dimitrov’s profile was simply deleted. Second successful attempt of leaving the country in 1968 took Antonín Dimitrov with his wife Olga to Canada. His first try when he and his soul mate swam across the river Danube to neighbouring Austria, just to get caught and handed in to Russian soldiers, cost him several years in prison and forced labor.

Before their disappearance, Antonín Dimitrov and his wife worked professionally as a set and costume designers in various theatres across the country. Antonín’s rebellious nature has been proved several times. Exclusion from the Art Academy for his incorrect political views (note: even the students had to be the members of Communist party. Same applied to parents, if there was a non member in the family, studying at higher education was impossible. Not talking of grand parents.) and his unsuccessful immigration right after that are only few examples of his misbehaviour. 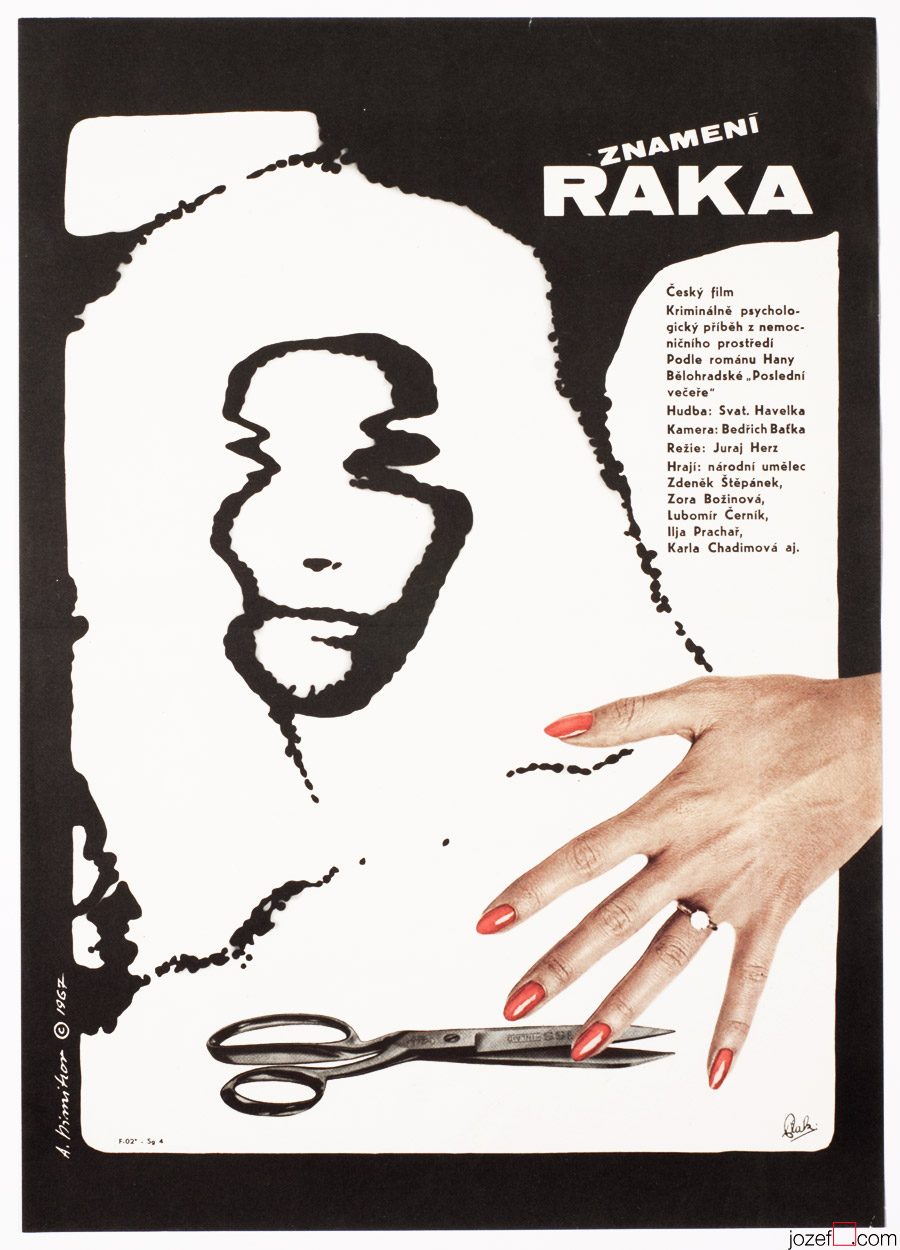 Sign of the Cancer movie poster by Antonín Dimitrov, 1967.

His collaboration with Czechoslovak New Wave directors, specially with Juraj Herz must have also spiced the soup up. Juraj Herz’s Cremator was the movie Communist could not swallow, similarly to other two titles in the showcase. In cases when the Communists decided to ban the movie everything would go off the shelf. Film director, author of the script / writer and the same destiny would meet the film poster.

Movie posters of Antonín Dimitrov are reflecting the times utterly. His posters are incredibly attractive, no matter if he touches the scissors or the paint brush. Excellent typographer and master of the blend, his virtues are sensibly hidden mostly in the collage. His posters are missing on one thing, there are only very few of them. He possibly did not design more than ten movie posters.

Even though Antonín Dimitrov luckily led succesful life in the exile. As a set designer he and his wife worked on numerous theatre and opera productions. He was also head of the design programme at the prestigious Indiana University School of Music in Bloomington, Indiana1 . But for Czechoslovak film poster his departure was a great loss. Many fascinating artists remained and learn how to overcome the situation, while building one of the most impressive poster archive in design history. It would be truly interesting to see what else could Antonín Dimitrov pull out of that hat. 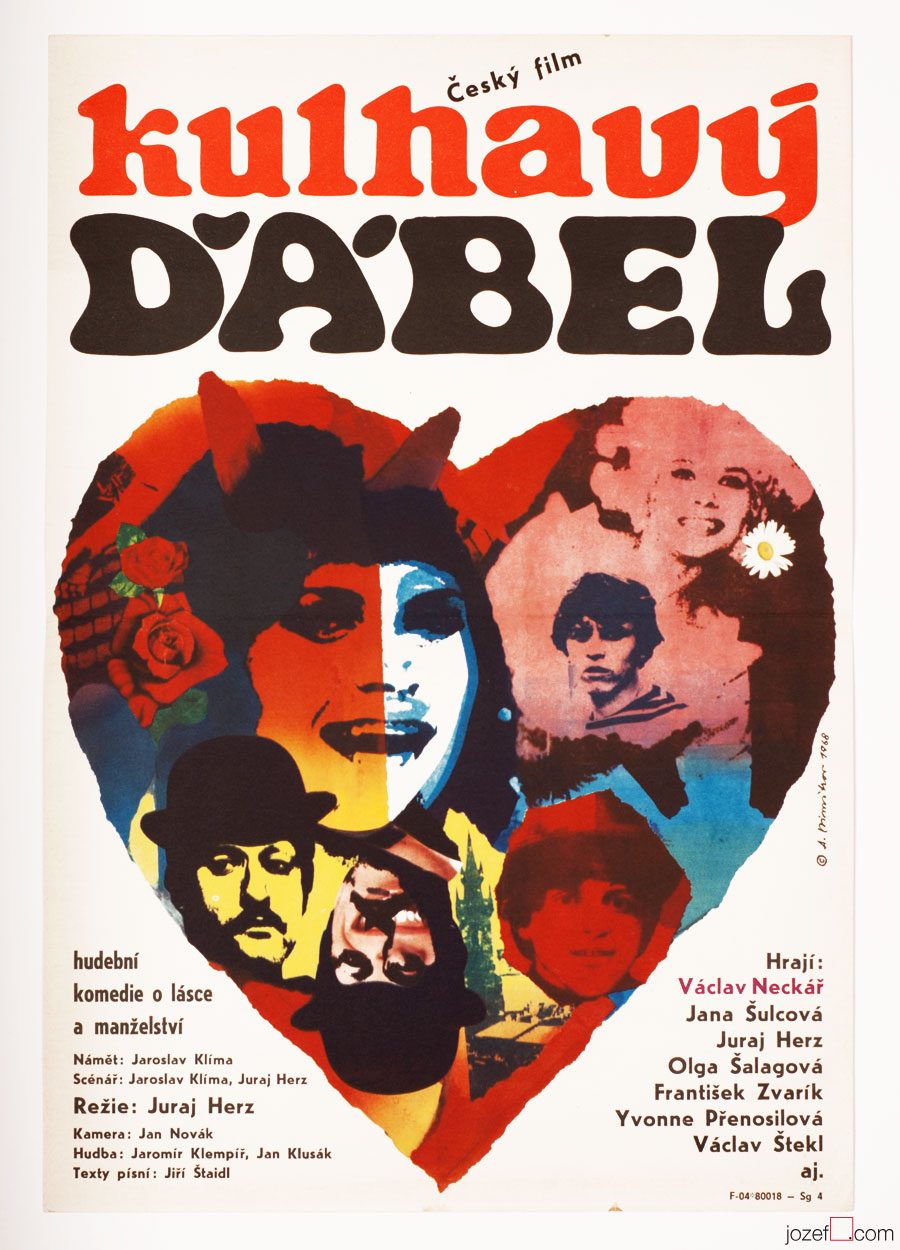