or FRIENDLY VisiT  | let’s do the twist again ..

Imagine what could be more absurd/shocking/frustrating – I am afraid that there is not a word descriptive enough – than waking up in the middle of the night into a noise of military occupation. Monstrous melody consisting of chaotic variations of sounds one have probably never heard of; unless you like to keep your Tv set turned up superbly loud and even then you are possibly far off from imagining it (not considering anyone, who has ever witnessed the horror of the war).

Summer of 1968 seemed like a great relief to many. After the decade of persecutions, sham political trials and constant censorship on anything cultural, February parliamentary changes brought in new promises. “Socialism with a human face” was that new thing, trying to oppose the evil terror of Communist regime with its unhealthy Social realism and its idealized society. The vision for the coming days indeed looked promising. 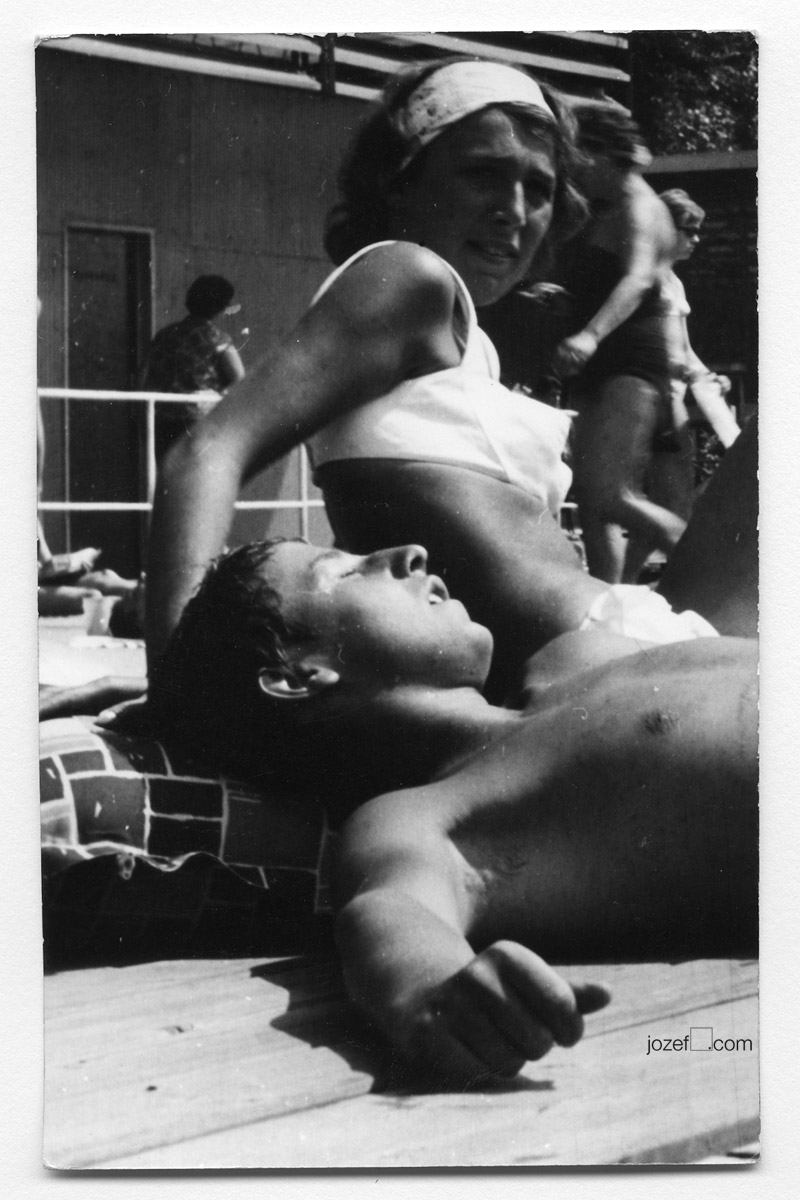 The sudden energy echoing from Czechoslovakia was spreading into the world. People were allowed to move freely in and out of the country. A great number of artists were exhibiting and gaining world recognition. All this art culminated with the Czechoslovak New Wave cinematography. Everyone was happily liberated from categorical statements of propaganda. 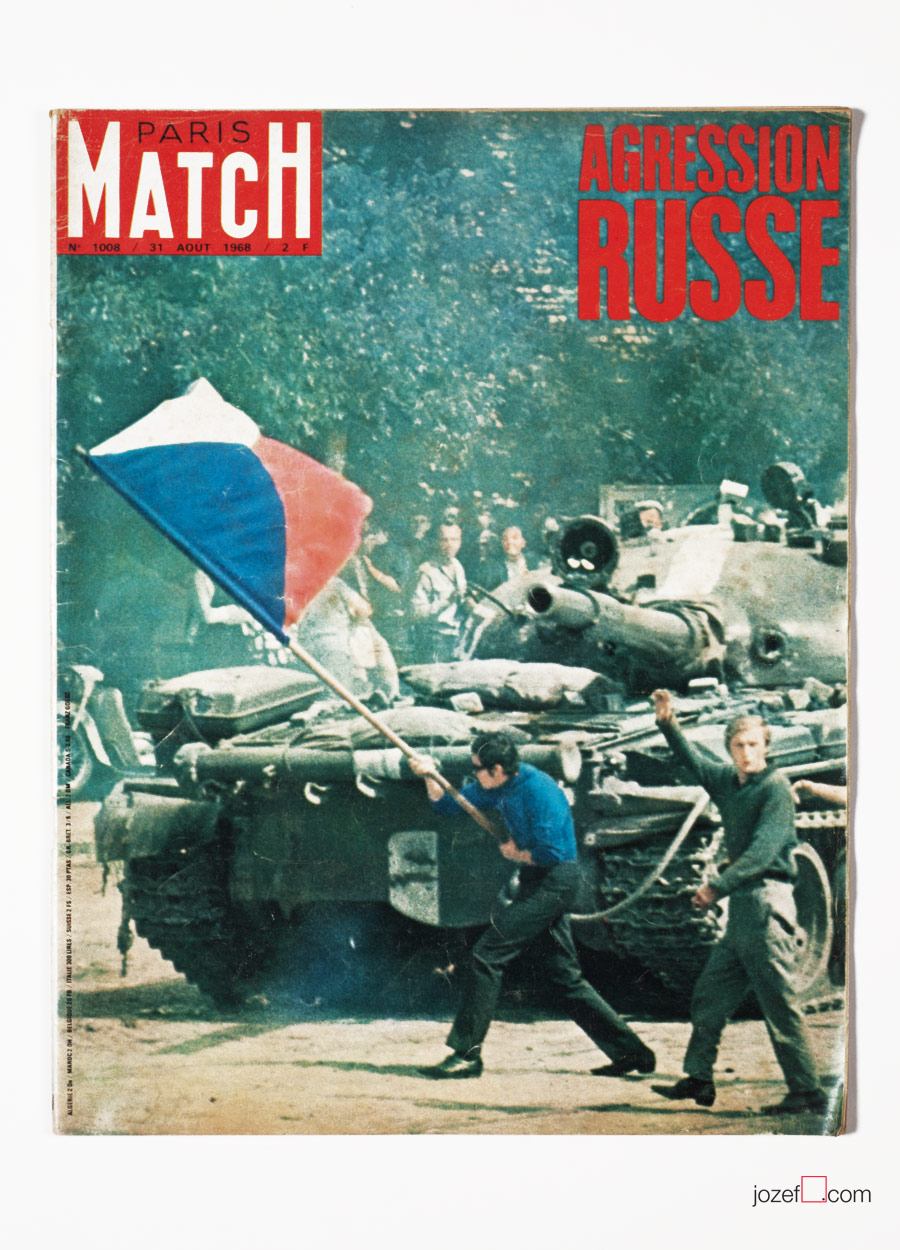 To everyone’s surprise, the night of the 20th of August 1968 did not bring new messengers or poets into the country; instead,  a bunch of confused soldiers  were rapidly approaching.

Comrades from so called “friendly” states of Warsaw pact hated the idea of “Socialism with human face” so much they decided to send the tanks. The most bizarre thing about the filthy plot was that these poor soldiers were thinking they were coming to save Czechoslovakia from the mysterious enemy and ended up facing a crowd of thousands of disturbed citizens who would never have thought of seeing tanks in their peaceful country.

Invasion of Czechoslovakia | So there they were …. 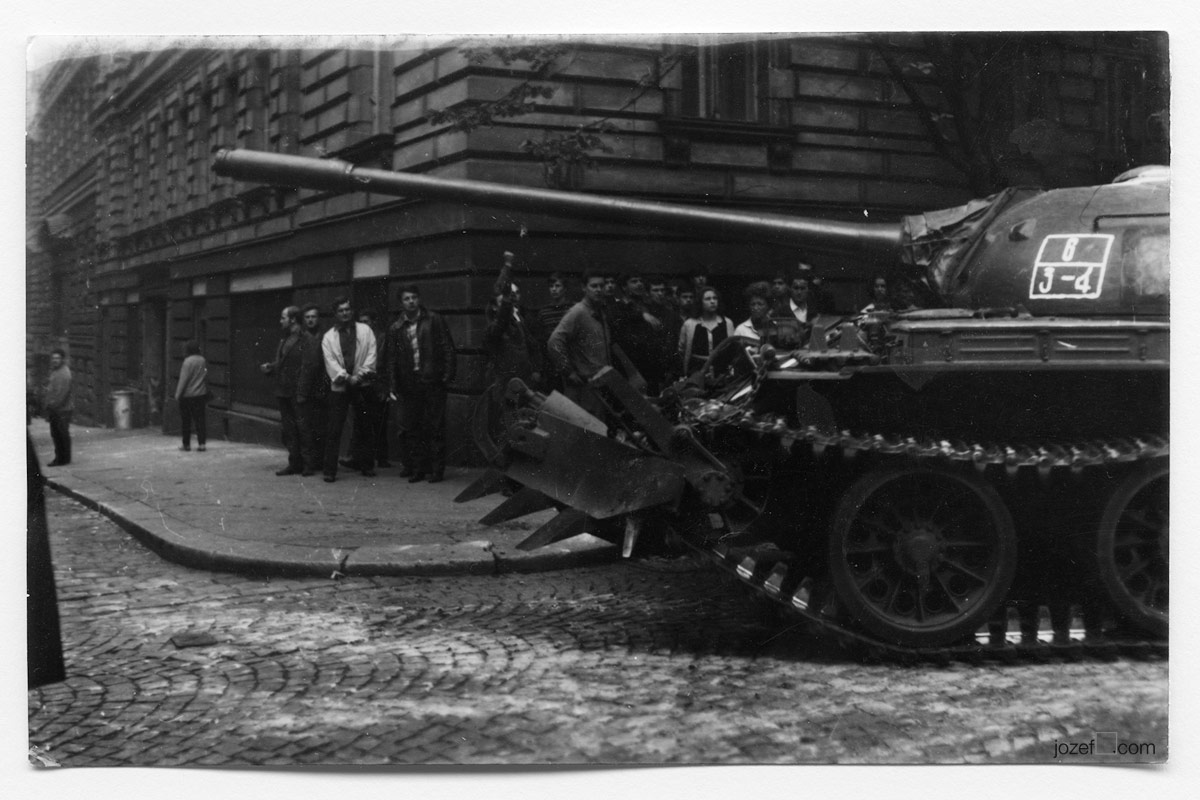 Many of the soldiers would not have a clue of what was happening at first. Once the soldiers found out from representatives they are dealing with contra revolutionaries and realized they are unwanted, things became disastrous. They have been ordered to shoot into the skies to break through the crowd, but in the chaos caused by the circumstances, they even ended up firing into each other. The situation quickly got out of hand. On Bratislava radio, Russian programmes were already broadcasting. 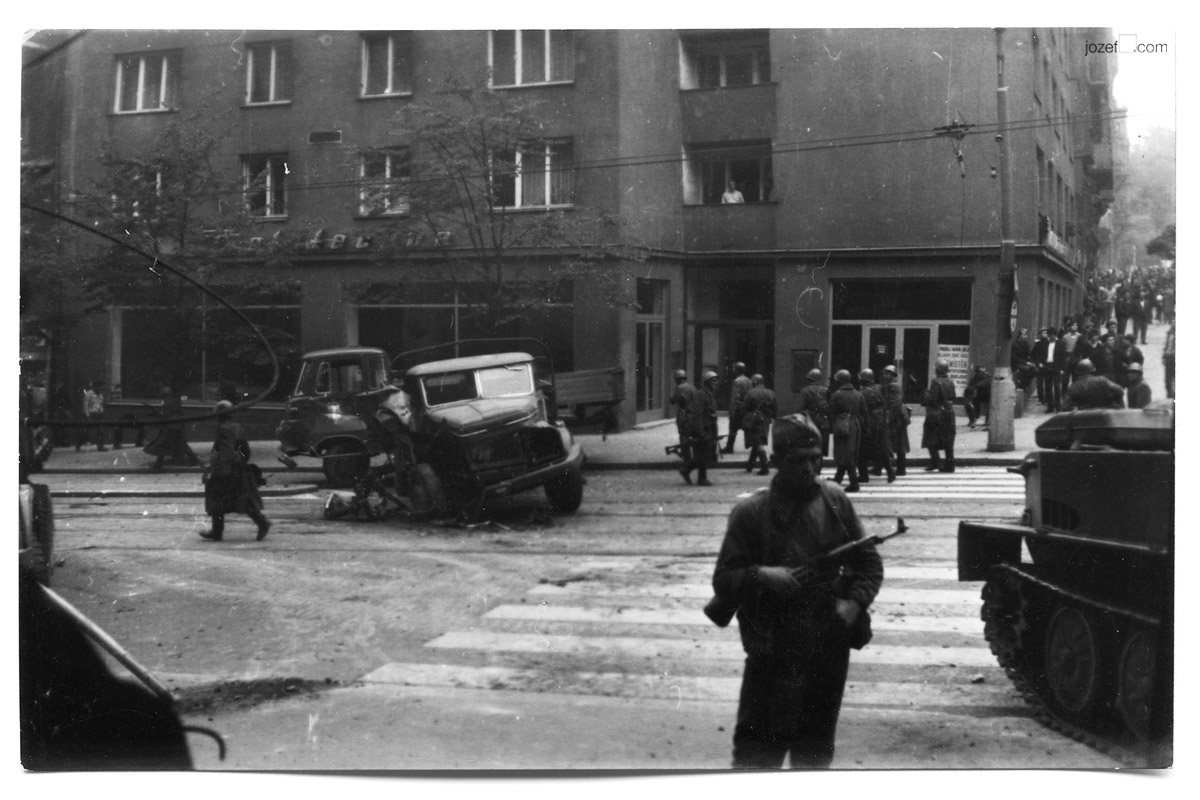 The selection of photographs specially chosen for this article are from the series of photographs from our personal collection. There is a dispute about the authorship of the photographs; time will hopefully tell us more. All we know is that taking pictures was lethal at the time. Think of Ladislav Bielik’s famous photograph of a Man in front of the tank. The world did not know the author’s name for another 20 years or so, since it was first published. 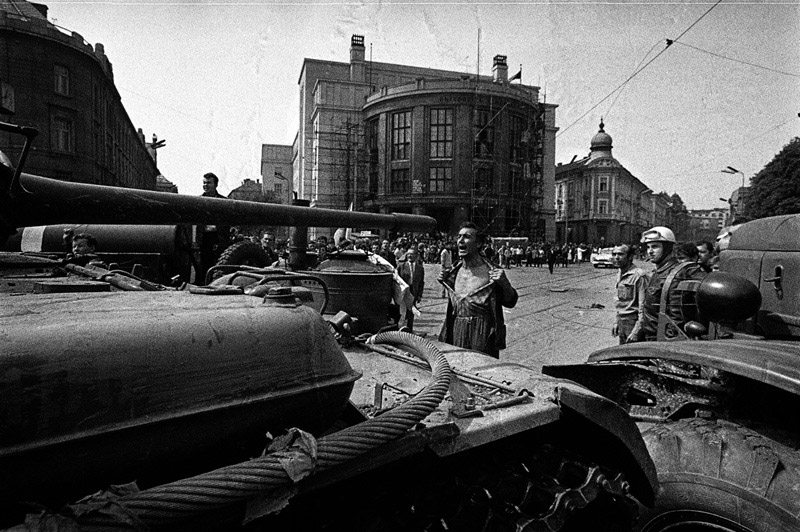 Unhappy times of censorship, strong persecutions and trials were about to repeat, but this time for longer. The process of so called “Normalization” took over in 70’s and strongly reflected upon society till November 1989. 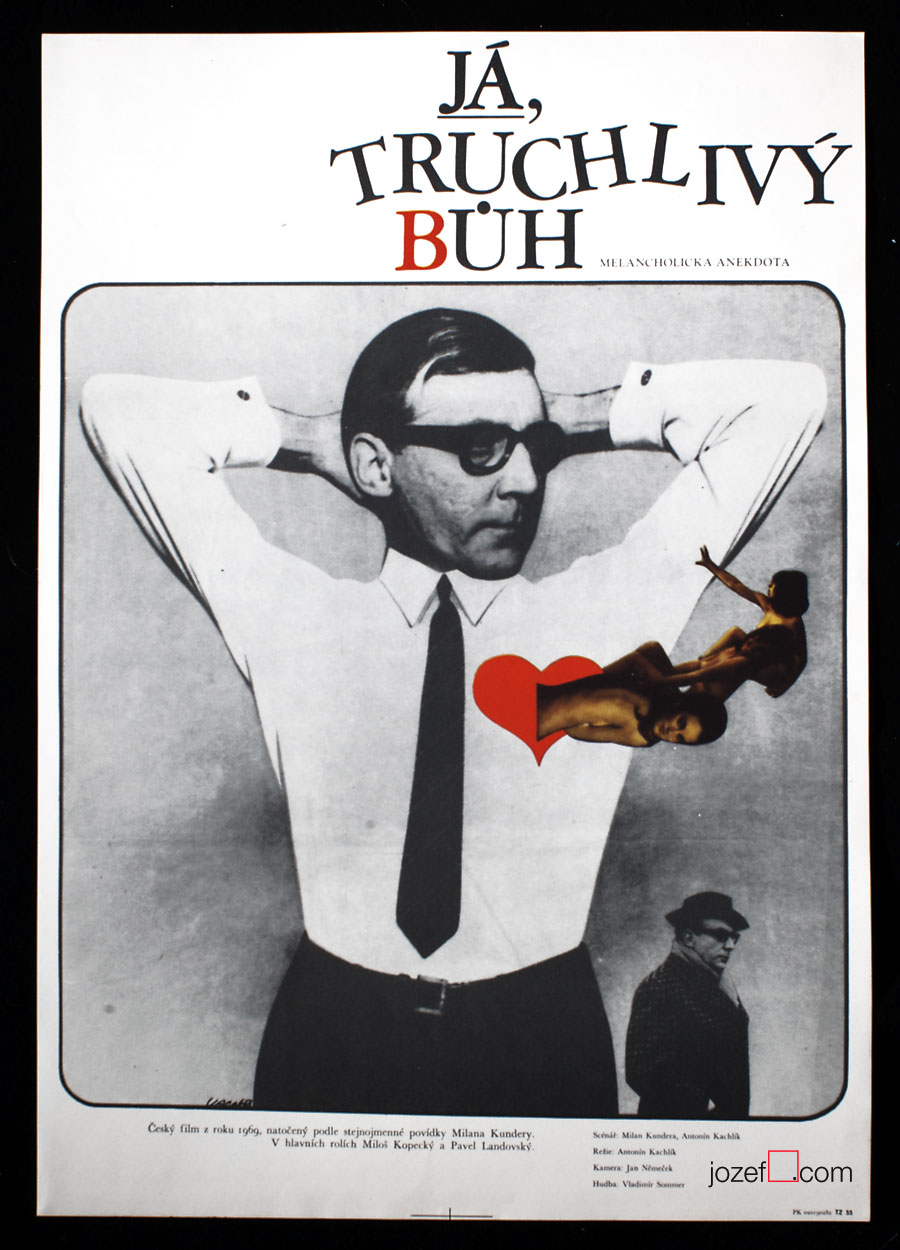 I distressing God – movie based on Milan Kundera’s tale. One of the many unwanted/censored writers by the Communist regime. Poster for the movie was designed by Karel Vaca, 1969 | www.jozefsquare.com

Note: A whole series of published photographs in the article will follow in a visual essay on our Blog bi-weekly, please stay tuned. You can subscribe to any links bellow to follow updates on – Invasion of Czechoslovakia – August 1968 – Photography Essay by Unknown Photographer, Part 2.

Many thanks to Unknown Photographer and people who fought and are fighting against the war. 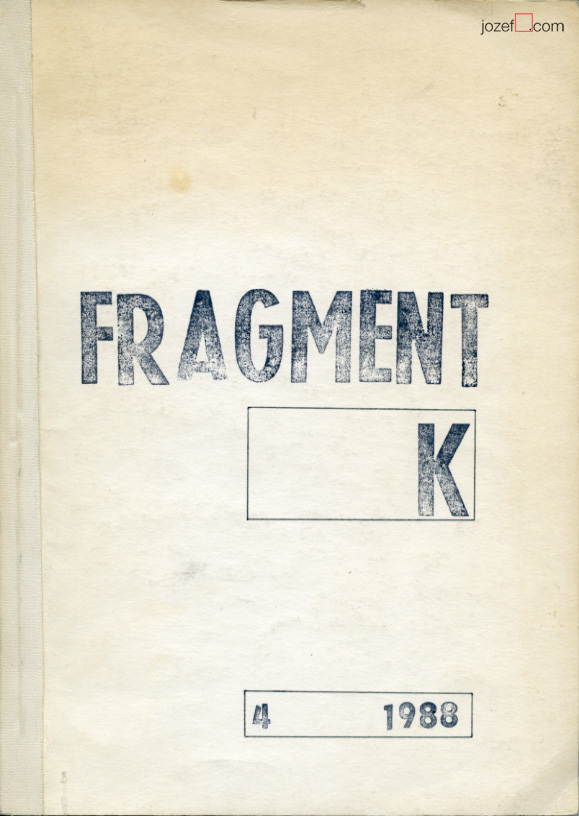 Photography Competition is OVER. 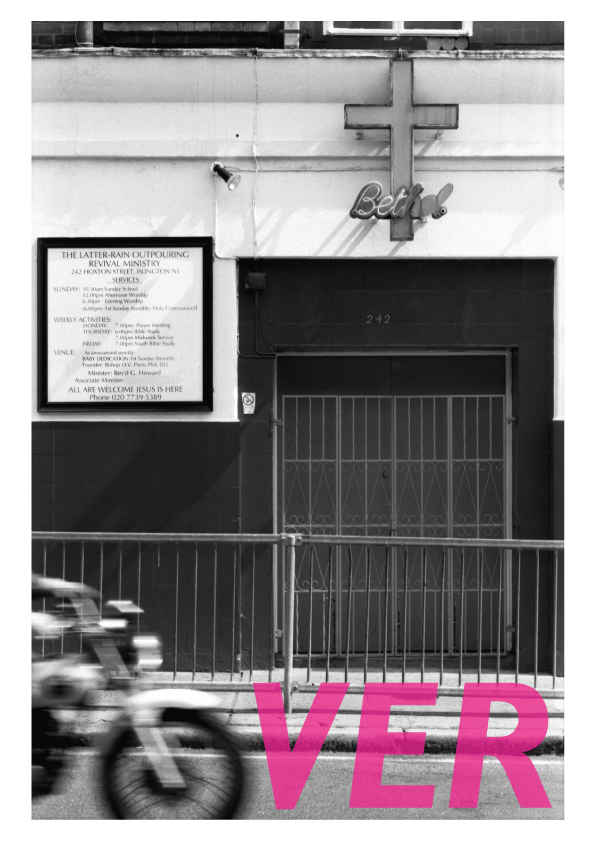 Firstly many thanks to all of you, for taking part in my  “do have a plenty of time” photography competition. It’s been marvellous adventure for me and I hope you also had some fun. Apart of waiting, of course. Pity there is only one winner, otherwise I would grant few others, too. Once I am done with the printing of above photograph, I might reconsider making it a habit. See what you have to say.

Out of all THE participants, the lucky one is: 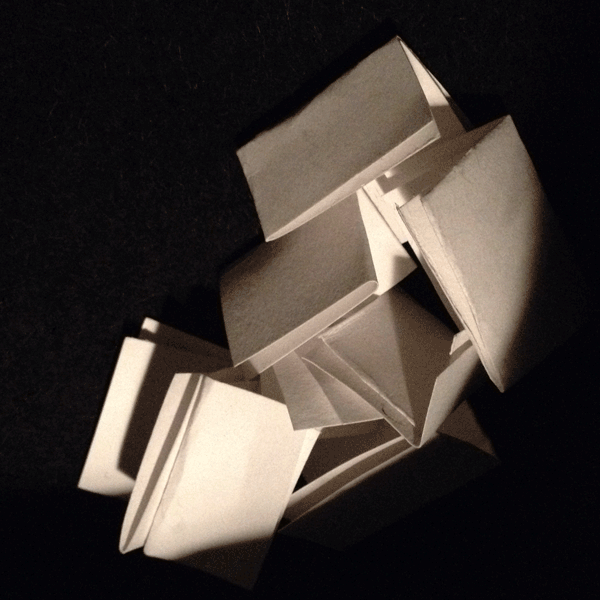 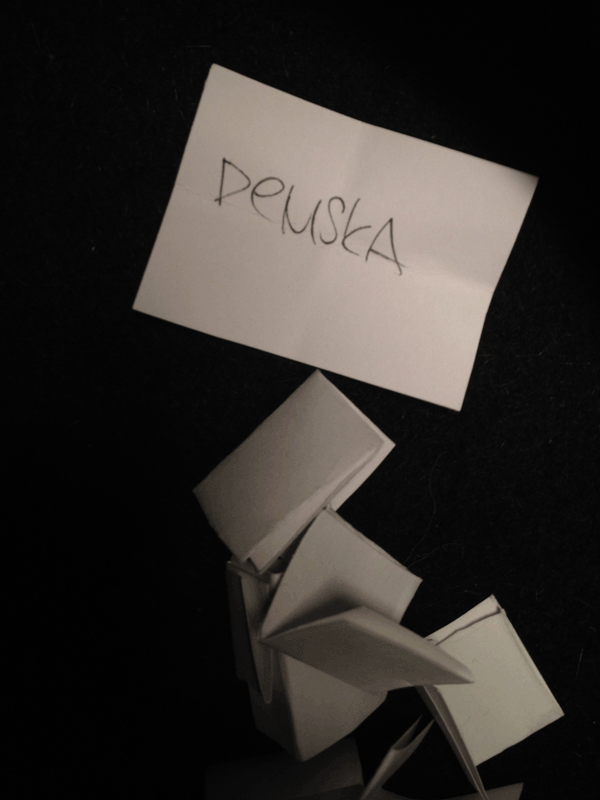 * Congratulation, Deniska Ivanovna :), photograph will be with you soon!! * 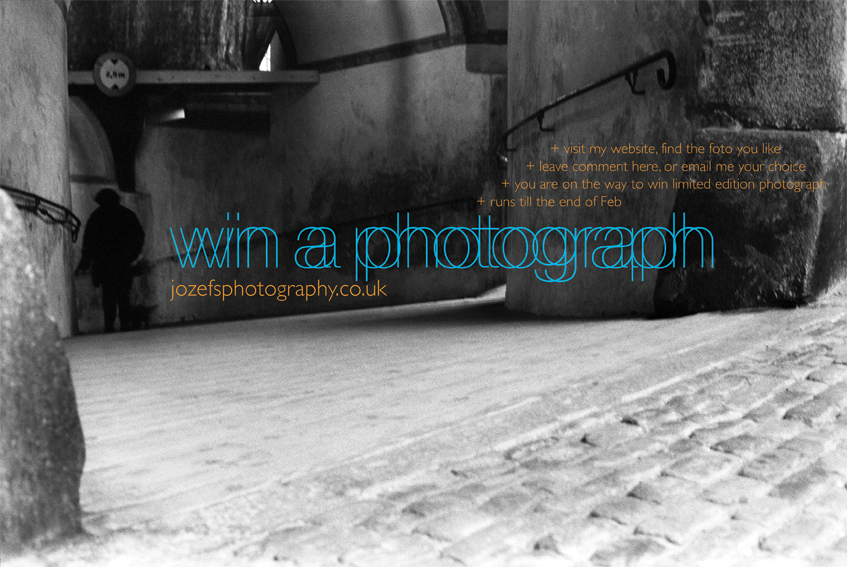